Drinking coffee has been a habit that has always been with Asians because we grew up from childhood to adulthood drinking coffee. A lot of campaign of calumny and bad blood as well as bad press has come the way of coffee drinking of late. A lot of people who claim to be authorities on the subject have taken out time to lambast drinking of good quality coffee. In this article we refuse to join issues with such commentators instead we would like to highlight the benefits of drinking healthy coffee just as we know it. These benefits include

1. Coffee is a pain killer and reliever – much as the coffee hating brotherhood would not like to admit the truth is that two cups of coffee work just fine in relieving post work out pain , stress and tension in the muscles. This has been corroborated by scientific evidence based research publish in the Journal of pain. This is a real health benefit of drinking coffee

3. Coffee helps to burn calories – studies conducted in Spain revealed that coffee is very good for people who are watching their weight or who even outright want to lose weight. This is so because coffee decreases appetite and lowers our calories intake. 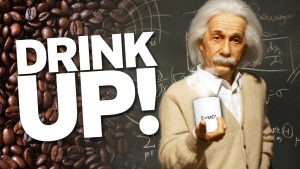 4. Coffee Improves energy levels and makes us smarter – people might argue that how is that even possible yet it is factual. Coffee contains an active ingredient called caffeine and caffeine functions by travelling in the blood stream to the brain and blocking the action of Adenosine in the brain which is an inhibitory neurotransmitter. This way the brain is sharper and more alert, it is also move alive to its responsibilities.

5. Coffee Improves Physical activity – Coffee helps to increase the physical activity and functioning of the body. It achieves this by both stimulating the nervous system and increasing the amount of adrenaline in the body. The adrenaline is the hormone for fight or flight which ensures that the person remains agile and at alert.

7. Coffee may prevent people from coming down with Diabetes type II – this may sound incredible but studies show that people who drink coffee have low incidence of Type II diabetes among them. Something within the coffee seems to make people who take it have a lower risk of coming down with the disease.

10. Coffee and Antioxidants – coffee is the largest source of anti-oxidants from a single beverage. This is good as anti-oxidants do play a role in keeping our bodies healthy and free of free radicals.
Coffee in a nutshell is one of the most healthy beverages around.