Oolong Tea Processing
When you have information about an item is made, you will be able to appreciate more the effort behind such products and use them better. In the best, the process of making things are often kept a secret for business purposes. The importance of people knowing how the objects they use and food they eat are produced has, however, encouraged most of the processes to be made available.

The making of the Vietnamese Oolong Tea is a very interesting one as there are 2 options. While some of the teas are handmade, others are made with the aid of machines. 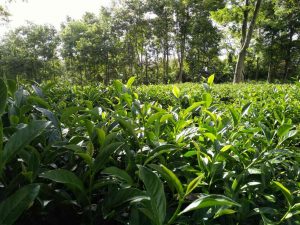 First step
The first step is the harvesting of the leaves. The Oolong tea leaves are mostly available towards the end of the spring, but are also available during the autumn and summer as well. The harvesting is done between 3 and 4 times every year. A bud will normally have between three and four mature leaves from which the Oolong tea is made. The season also determines the quality of the leaves as the spring and autumn are usually of higher quality, compared to the summer. There are also techniques for picking the leaves. One of such process is facing the hands upward, using the middle and index fingers to hold the leave and then the stem is gently broken with the aid of the thumb.

Second step
The second step for the processing of the Oolong tea is withering. After the fresh leaves have been picked, they are dried either indoors and/or outdoors. Over-exposure to the sun is discouraged to avoid excessive heat. The quantity of moisture in the leave directly affects the oxidation of the polyphenols. The initial spreading out is usually done thinly. During later stages of drying, they are more thickly spread out.

Third step
The third step is bruising. Bruising is reputed to be the most vital step in the whole process. This step determines the taste and quality of the Oolong tea. Tumbling and shaking are some of the various techniques that are used for bruising the leave. Light withering is normally accompanied by heavy bruising, while heavy withering is accompanied by light bruising. Grassiness and moisture is also removed during this bruising process.

Fourth step
The fourth step is fixation. During the right time, the substances that form the aroma begin to form. During this step, a red color might start to form on the leaves. High heat pan-frying is carried out so that the process of oxidation is stopped and enzymes are killed as a result of the high heat. The step requires a very short period, as some quantity of moisture is expected to remain in the plant.

Fifth step
The fifth step is rolling and shaping. The rolling and shaping step entails rolling the Oolong tea leaves and rubbing them till they take on the right shape. They could either be fully rounded, semi-rounded or curly and long, depending on the type of the Oolong leave. This step requires rolling, heating and then further rolling. This is usually carried out many times.

Sixth step
The sixth step is baking. This second round of drying the Oolong tea leaves help with increasing the taste of the Oolong leaves. During this step, moisture is fully removed from the tea leaves and their chemical profiles are finalized. Low heat is required for this step for a very long time, usually up to 7 hours.

Final step
The final step entails sorting, cooling and packing of the products. During this step, the Oolong tea leaves are sorted, with only the high quality ones packaged. Some that requires re-heating are also sorted out. They are properly cooled and packaged for the market.