History of Vietnamese Tea
Tea and Vietnamese is one and the same thing. There is an old friendship between them that dates back to as early as 13th and 15th century. This could be attributed to the fact that Vietnam is the oldest tea growing country in the world such that people grew knowing tea as the only drink. This was before barley and coffee could be thought of. Even then, the tea-Vietnamese relationship is deep rooted culture that will not end soon. 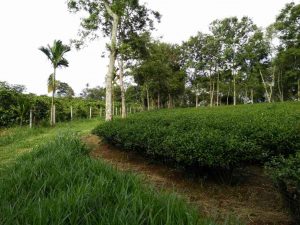 Types of Vietnamese Tea
Not all of them grow same type of tea. Tayethic community grows cum tea, other variety such as che moc, cau, che man, che chi just to name a few, are grown by other communities too. They way they prepare their tea also varies from one community to another. They also prepare it in a very interesting way. Every time tea is cooked, it must be brought to boil with a particular kind of flower. Take for example che man; it must be prepared with chrysanthemum flower, che bup with hoi soi flowers and the high quality che min with lotus or jasmine. Vietnamese are very serious with this. They can almost perfume their tea.

Reasons for Drinking Tea
Vietnamese have infinite reasons as to why they take tea. Some of the reasons are obvious while others complicated; unless you come from their culture, you wouldn’t understand. How can you possibly explain why sharing a cup of tea with someone you have feelings for automatically reciprocate? Tea is a must in every occasion to make it complete. Be it a wedding, anniversary, graduation, name it, tea is the first and main ingredient. They do believe that, when you take tea while reading a book, it’s kind of therapeutic and makes you forget the troubles of life. They also take tea to cleanse themselves. They view it as a source of spiritual purity. Sometimes in the hot seasons, the bitter sweet taste of their tea reduces the heat. Their tea is also known to be medicinal in that it cures stomach aches.

When Is Tea Taken
With Vietnamese, every time is tea time! Whether its morning, mid-morning, evening, even late at night people still take tea. Every home you visit, you must be offered tea as a way of expressing hospitality. Tea is available everywhere; at home, at the restaurant, by the roadside even at the bars. No joke!

Importance of Tea
Apart from income it gives the farmers and the country through exports, tea in Vietnam is taken to create social bonds. It seals friendships and popularly taken even when making serious engagements like sealing busing deals. Over the countryside, a neighbor can invite the other over the cup of tea to boost good neighborliness. Tea has been known to convert strangers to be great friends. There is one silent importance of it that speaks loudly when you observe them sip tea. It has conserved their culture and more so made it strong by discouraging any other drink/behavior except taking tea. It has kept them together so much that should they cheer to the cup of tea nothing on earth can separate them.

It also shapes the future of the society. Drinking tea is believed to horn someone’s character simply by observing table manners when drinking it. Those in anger use it to calm themselves instead for opting for other drugs like alcohol.

Trend in the Tea Sector
Of late, teahouses have increased in number with no sign of getting extinguished any time soon. These distinctive shops are constructed in a manner that depicts their traditions and acts as a perfect chill out for taking tea ONLY. People are allowed to choose from the variety of tea offered and are encouraged to converse about tea.

Another noticeable thing is that, it took them a long time to brand their tea. But this was because of the many underlying challenges their government is yet to solve. If this continues, with the stiff competition from other countries, Vietnamese may be forced to just drink their own tea.