How Green Tea Can Help You Lose Weight Naturally 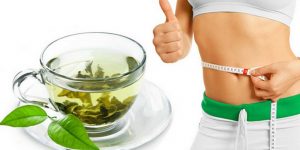 Green Tea has emerged to become one of the healthiest drinks. Loaded with antioxidants and other magical vitamins and minerals, green tea is working wonders for millions. Besides acting as a beverage there are several other health benefits of green tea and the most popular one being weight loss.

What in Green Tea Helps in Weight Loss?
There is much more that you get from a cup of green tea than a flavoured beverage. There are several advantageous substances present in it. Caffeine is a stimulant that boosts your performance while exercising. Studies show that it also helps in the fat burning process.

The best substance that the green tea has is the catechins. Catechins are antioxidants and EGCG or Epigallo catechin gallate is the most vital catechin which is present in green tea. It helps in boosting your metabolism.
The benefits of green tea can be taken by using it as a supplement or a beverage. 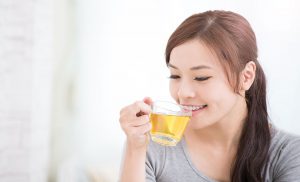 Green Tea Mobilizes Fat from Fat Cells
Fat is stored and in order to flush it out they need to be broken down. The fat cells are then moved into the bloodstream.

The fat burning hormones are boosted by the compounds that are present in the green tea. The EGCG stops the break-down of an enzyme known as norepinephrine. Once the norepinephrine increases it is used by the nervous to signal the fat cells, asking them to break down fat. The more the norepinephrine the better the signal and the more fat is burnt.

Both caffeine and EGCG naturally present in green tea have the same properties. The fat cells that break when released into the bloodstream can then be used as energy for muscle cells or any other functions required by the body.

This is why the regular consumption of green tea helps to slim you down.

Green Tea Boosts Metabolic Rate and Lets you Burn More Calories
Whether you are sitting down, standing or sleeping your body is constantly burning calories. The cells within us are working continuously and they require energy to perform these functions.

Several studies prove that green tea drinkers tend to burn more calories even when they are at rest which is about 4% more than the regular calories burnt.

For someone who burns an average 2000 calories a day 4% increase would be about 80 calories more each day. This is somewhat near to results that one would get if a high protein diet is taken. 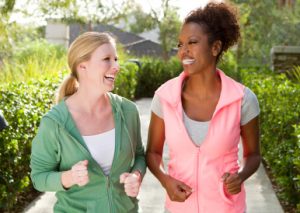 Loose More Fat While Exercising with Green Tea
There are several fat burning supplements that include green tea as an ingredient. Green tea has wondrous effects if taken before exercise.

In a study conducted on a group of men saw half of them lose 17% more fat than the remaining as they took green tea extract as a supplement while the others exercised without taking any green tea supplements.
An eight week study also revealed something similar. People lost more weight while exercising and resting both.

How Much Green Tea Should be Consumed?
Every person has a different body and the internal organs and functions respond differently for everyone. However, on an average 2.5 cups of green tea each day will help in weight loss. Consulting a dietician before including the beverage in your daily regime would be wonderful. Green tea is completely natural and there are no side effects of drinking it.

Brew it Right
You will destroy the catechins present in the green tea if you add it directly to boiling water. Let the boiled water rest for ten minutes and then pour it over the leaves. Leave it for a minute before you drink it.