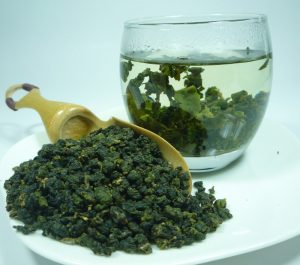 Oriental Green Tea is ecologically cultivated in Phuc Tho Village, Lam Dong Province, Vietnam by Dong Son. A safe ecosystem is build and corn, cane sugar and dried grass are used to grow the tea plants to get the purest and healthiest tea. Developed through research at the Taiwan Tea Agricultural Research Centre, Jin Xuan is a special variety of Camellia Sinensis (tea plant). Jin Xuan plant is known for producing oolong tea that offers unique spring floral fragrance with pure milk undertone, which is also known as ‘Milk Oolong’. It is exceptionally popular and is sometimes compared to milk. Dong Son uses the raw natural Jin Xuan Oolong tea to make their green tea.

Dong Son’s green tea is of Grade 1 Jin Xuan and has fairly consistent size and shape. It is made primarily from the youngest tea buds. The tea leaves are picked early in spring before the rainy season sets in to ensure it has the best taste and a smooth, sweet aftertaste famously known in Jin Xuan Green Tea. Dong Son has a strict process to ensure the quality, safety and compliance of their products. Thus every year their products are SGS-inspected.

Picked tea leaves are dried and roasted in a hot roasting pan to stop the loose leaf from fermenting. With the moisture removed, the tea leaves are rolled and dried again before they are ready for use.

The often roundish shape liken to oolong tea are jade in colour. This high-quality green tea does not contain tea dust, providing excellent taste and flavour. When infused, the loose-balled leaves unfurl and expand into the original shape of the
tea leaf in the water.

Infused Jin Xuan Green Tea offers bright and clear liquor with an attractive golden tinge to the green tea. It has flavour profile similar to Japanese green tea with notes of fresh, pure, cinnamon and flowers.

The aroma is very much like a typical green tea. The initial flavour is of vegetables and becomes more floral in later infusions. The overall character is pure but light. Jin Xuan green tea has a little body and is sweet with no bitterness.

It is also low in caffeine, which is less than 10% of a cup of coffee.

Dong Son’s Jin Xuan Green Tea is perfect for those with taste buds for a refreshing tea. It is widely drunk by Vietnamese during and after meals with strongly flavoured foods. 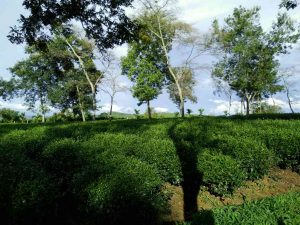 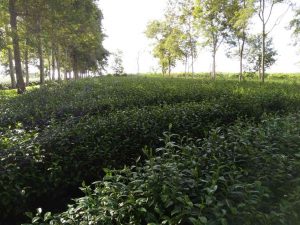